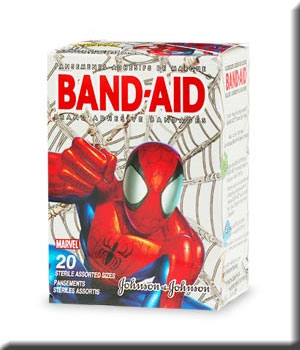 Communication in marriage – squeeze out the puss

Communication in marriage – squeeze out the puss 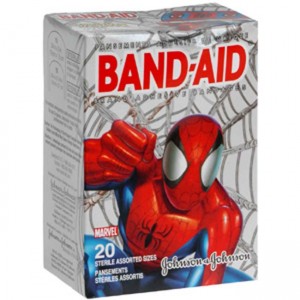 Sorry for the nasty title, but it comes directly from a story that happened to our oldest son, Aaron. And it connects very clearly to the issue of communication in marriage.

When Aaron was about 10 years old, he cut his finger somehow and we did our best to clean it out, disinfect it, and wrap it all up with a spider-man band aid. Then we went on with life. A week or so later he came to me complaining of some pain he was having in his armpit. I immediately thought he might be sick and his glands were swelling, so I checked. Sure enough, there was a gland under his arm that was larger than a walnut and hard as a rock. It was tender to the touch.

Exploring a bit more, I pressed on his upper arm and it was tender. I continued pressing down his arm.

I removed the band aid and immediately found the problem. His finger had become infected. The cut was swollen, red, irritated, and very, very sore. We called a friend of ours who was a physicians assistant in the Army and told him everything we had discovered. In classic military style he said, “You’re gonna’ have to lance that baby and squeeze it dry. That infection has got to come out.”

So that’s what we did. It was difficult at first, very painful, and pretty gross. But within hours of doing so, Aaron’s armpit quit hurting and the tenderness in his arm vanished.

Is your marriage infected?

The comparison I’m making here is pretty simple. When conflicts, offenses, hurts, or injustices that happen between you and your spouse are not addressed (or are inadequately addressed), an infection begins in your marriage relationship.

When you’ve been hurt, the pain doesn’t let go of you – unless you deal with it appropriately

Once the infection of a hurt has begun, it begins to swell over time. The next hurt you receive from your spouse adds to that first one. Over time the pressure builds and it becomes a sore spot. You become sensitive, touchy, and a tension begins to mount between the two of you.

Eventually, you may blow up over some seemingly small thing and not even know why. In time, you may find yourself  d – o – n – e – DONE with your marriage, and not even be able to explain why. All you know is that you hurt inside… and have for as long as you can remember. And you’re tired of hurting. You just want the pain to stop.

That’s what happens when you don’t deal appropriately with the hurts as they happen. They build up, just like the puss in Aaron’s cut.

Good communication in marriage requires this, and nothing less.

Squeeze out the puss – through good communication in marriage

If you’ve never been good at communication in marriage, you no doubt have some very, very sore spots in your marriage relationship. Do you see that each hurt has piled one on top of the other until it’s such a festering mess that it flares up with every new offense? What do you do about years of unresolved or unaddressed hurts and offenses?

In the words of my friend, “”You’re gonna’ have to lance that baby and squeeze it dry. That infection has got to come out.” That means you’ve got to go back, with the help of the Holy Spirit, and unpack and resolve each offense He brings to mind. It sounds overwhelming, and it is… if you try to do it alone. Not only will you need the help of the Spirit, you’ll also likely need the help of a loving, mature Christian friend or counselor who can help you squeeze out all the puss so that healing can begin.

In a nutshell – you’re going to need to go through this biblical process with each injury:

Don’t give up on your marriage – you can work through past hurts. If you need help, get some. The LORD Jesus Christ will be honored by your valiant efforts to deal with the sin and pain of your past, and He will partner with you to bring healing.

Get posts via email